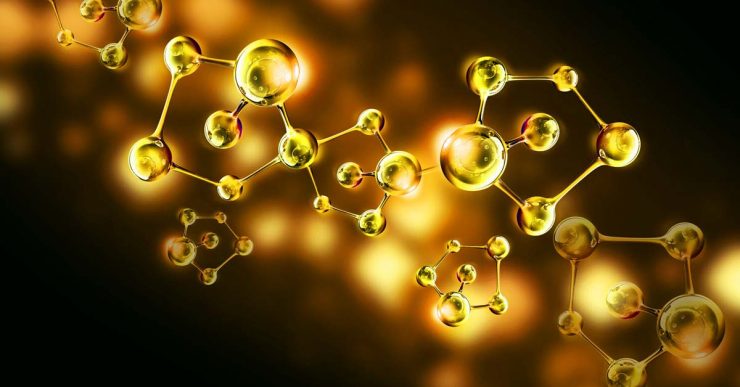 Nanotechnology has revolutionized many fields as the use of nanotechnology-based products increased in our daily life. But there as certain areas of this technology, like the use of nanoparticles and their adverse effect on human health, that are yet to be adequately studied. Nanoparticles and tyrosinases have been around us in many different products like biosensors. These particles due to their increased surface areas and specific intrinsic reactivity are used in nanoparticle-based therapeutics. Its broad application has raised concerns regarding its detrimental effects on human health. Tyrosinase-Gold-Nanoparticle-Bioconjugate (Tyr-AuNps) are not used for the identification of genotoxicity. Conjugating tyrosinase with gold nanoparticles offers a suitable platform to correct genotoxicity. To explore the genotoxicity of such biconjugate independently and to observe its potential application as a functional component a study was conducted at A-DBT Research laboratory, Gulbarga University, India, and KSA, to update the knowledge about genotoxic effects of bioconjugates.

Nanomaterials, particularly AuNPs, also known as gold nanoparticles have attracted a lot of interest from many fields across science owing to their unique physicochemical properties like high absorption coefficient, ease of synthetic manipulation, precise control over properties, and, strong binding affinity. Some other properties of interest include its antimicrobial and low toxicity effect on the mammalian cell, which made gold nanoparticles a widely used material.

Recently discovered properties of nanoparticles like their optical, magnetic, electrical, and catalytic properties change with their shape, size, and structure. Tyrosinase is a catalytic enzyme, found in plants, animals, and microorganisms. It is used as a catalytic agent in medical diagnostics, pharmacy, cosmetics, environmental analysis, and biosensors.

Microbial nanotechnology is the science that deals with the application of microorganisms for the creation of nanoparticles. The properties of interest include non-toxicity and plasmon resonance. Microorganisms respond differently to the types of pollutants that they are exposed to in the environment. Metal ions are known to be non-biodegradable and continuously toxic that retards or restricts microbial growth. But, the microorganism has the potential to sustain high concentrations of metal ion thanks to its power to fight metal stresses by mechanisms like efflux, reduction, bioaccumulation, and precipitation. This metal-microbe interaction formed the basis of biotechnological applications, like bioremediation, biomineralization, and biofactories.

Bioconjugation involves the bounding of two biomolecules with hybrid bioconjugate while sustaining their individual properties and producing a sole unit with two complementary functions. The desired bioconjugate can be attained by adding two modified biomolecules, and such bioconjugates are used abundantly in research.

Furthermore, such bioconjugates nanoparticles can be ideal for use in cancer medicine, because of the specificity of bioconjugates to bind to enzymes and the ability of nanoparticles to attach to cancer cells. Its future application should be further explored.

To conclude, this study adds to the literature of the use of nanoparticles as a drug carrier to revolutionize cancer therapy, since discovered genotoxic effects of bioconjugate of Tyrosinase and gold can be used in cancer treatment.