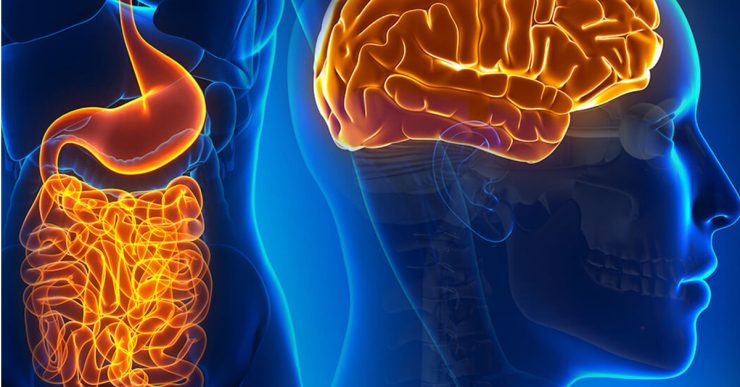 New research led by Flinders University explains the complexities of the enteric nervous system (ENS) in the gastrointestinal tract, showcasing how it behaves similar to other neural networks in the brain and spinal cord. The study again confirms the ENS as the ‘first brain’ in the evolutionary process.

We have been taught that all organ systems are interconnected, and controlled by our central nervous system. But it isn’t true for the human gastrointestinal tract or gut. It has evolved its nervous system known as ‘enteric nervous system (ENS). It is also known as mini-brain or second-brain, but neurophysiologist, Professor Nick Spencer from the Flinders University in Australia now calls it ‘the first brain’ after he studied for the first time how this independent nervous system and its neurons communicate with each other.  The findings of this study are published in the journal Communications Biology in a report titled “Long-Range Synchronization Within the Enteric Nervous System Underlies Propulsion Along the Large Intestine in Mice.”

For the study, Spencer observed propulsion – which caused food to move down the gastrointestinal tract. They used high-resolution video recordings with an analysis of biological electrical activity and were able to study the colons of mice and in particular the way that the gut moves its contents along.

They found that thousands of neurons inside the ENS communicate together to cause contractions down the gastrointestinal tract. It is unknown how these neurons were able to join forces together to perform propulsion.

“Interestingly, the same neural circuit was activated during both propulsive and non-propulsive contractions,” says Nick Spencer.

They discovered that connecting neurons fire to propel the contents of the colon down the gut by excitatory and inhibitory motor neurons. It means that ENS is not as simple as we thought but instead it has far more complex circuitry, spread over a large section of the gut and various types of neurons that work as to team.  About the different nature of propulsion from the rest of the bodily system, the paper states that “The mechanism identified is more complex than expected and vastly different from fluid propulsion along with other hollow smooth muscle organs” The study proves that ENS is the ‘first brain’ instead of being the second, and it may have evolved in animals far long before the actual brain did. The study highlights how the enteric nervous system acts similarly to neural networks in the brain and spinal cord.