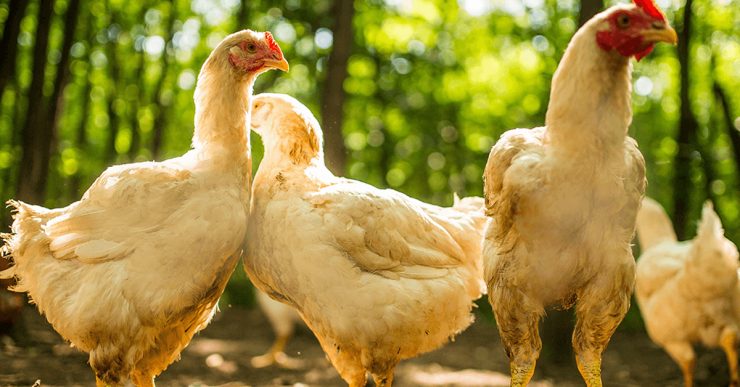 Poultry farming is now commercial farming with the modified way of poultry. In the progressive poultry mechanism. Chicks need time that may be some hours or days to feed intake due to the time required for hatchery treatments and transport to the rearing farm. This delay in feeding has a negative impact on their impending performance. It has been seen that early feeding has more positive effects than feeding the best quality diets after a suspension in the feeding process. Getting a good start at the hatchery in commercial poultry rearing is an important factor to maximize profits. It is generally presumed that feeding the chick during the embryonic stage would provide more nutrients vital for better starting weights, faster growth, and better feed utilization. Currently, researchers are focusing on a new feeding strategy to rise the nutrients at the embryonic stage including in ovo feeding.

Cardeal et al. (2015) explained that ovo feeding is a unique technique that enables the inoculation of exogenous nutrients into the amniotic sac of the egg during incubation in order to facilitate enteric development.

In another experiment, Ohta et al. (2001) showed that amino acids injected into the yolk sac at seven days of incubation imposed no effect on hatchability but chick body weight improved relative to egg weight prior to incubation.

In the available literature, many nutrients that have been applied for in ovo feeding include mainly carbohydrates, amino acids, modulators, and minerals. Among the minerals, Selenium (Se) is one of the elements that has many benefits for poultry but its usage is minimal. The deficiency of Se in the poultry diet can affect the growth performance of poultry by causes several pathological problems. Selenium acts as a modulator of growth performance, reproductive system, immunity function, and the aging process in the organism. This nutrient acts as an element of the enzyme glutathione peroxidase (GSH-Px) and plays a central role in maintaining the integrity of the cellular membrane.

Hariharan and Dharmaraj (2020) found that Selenoprotein derivative like Thioredoxin reductase plays an imperative role during inflammation in wound healing process and oxidative stress. Therefore, Selenium can be considered as a perfect dietary supplement in poultry industry for overall production performance and to enhance growth factor. Novel research published in, International Journal of Poultry Sciences, to investigate the effect of in ovo injection of Selenium on hatchability of Isa Brown fertile eggs and on the post-hatch performance of progenies. The researchers focused on the effect of in ovo feeding on hatchability and early growth performance. The results indicated that in ovo inoculation of Selenium at several concentrations in fertile eggs at 18 days of incubation showed that eggs receiving 200 µg of Selenium have the highest (76.32%) hatching rate. Eggs injected with 300 µg of Selenium in the chicks had the highest chickʼs quality. The researchers concluded that the quality of the chicks is positively correlated with the concentration of selenium increased.