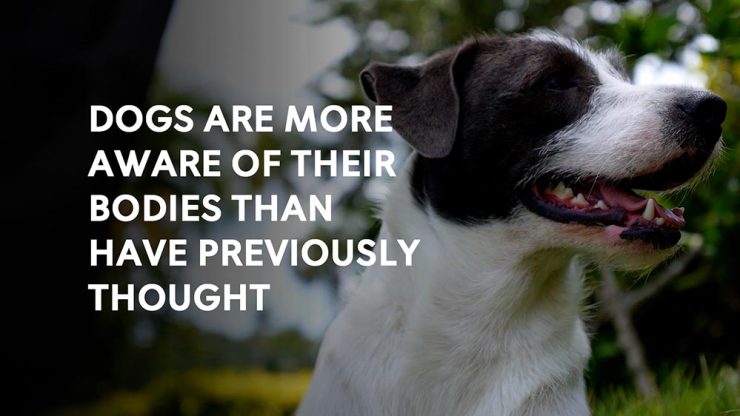 Owners asked their pets to pick up an object attached to a mat they were sitting on, and dogs understood they needed to move to complete the task, researchers report. The findings are published in Scientific Reports.

Many scientists have attempted to identify self-awareness in canines, few have successfully done so. Dogs typically fail the well-known mirror test. But this new study used the mat setup to test more than 50 dogs of various breeds, sexes, and ages. They found that elephants, toddlers, and dogs are aware of their bodies and step off the mat. This study presents the first evidence of this kind of awareness in Canis familiaris.

“Based on our knowledge the dog is the first species that did not pass the mirror mark test but successfully passed the ‘body as an obstacle’ paradigm. Our results support the theory about self-representation as being an array of more or less connected cognitive skills, where the presence or lack of a particular building block may depend on the ecological needs and cognitive complexity of the given species,” says Rita Lenkei, Ph.D. student, first author of the study.