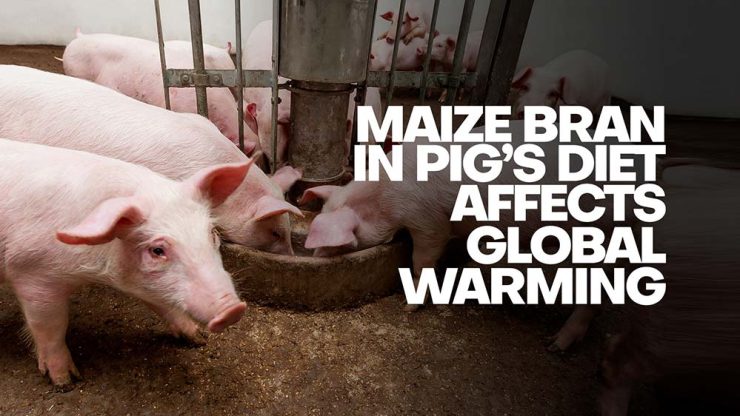 Although integral to many farming systems, livestock production is nevertheless associated with many impacts that are deemed socially undesirable. Whereas animal welfare concerns have been documented for centuries, damage attributed to and responsibility for greenhouse gas emissions are more recent concerns.

The livestock has a major contribution to the greenhouse gas emission, thus impacting the ecosystem negatively. To combat this issue, scientists evaluated the effect of the inclusion level of varying dietary maize bran on different components of pig manure. In an attempt to find the perfect level of maize bran in pig’s diet that would have the least negative impact on the environment.

By series of experiments, the team was successful in demonstrating that the higher levels of maize bran in the pig’s diet increased nitrogen and phosphorous excretion in feces, thus contributing to greenhouse gases. According to them, incorporating 30% maize bran in pig diets is considered as the optimum level for both better growth of the animal with least effect on the environment.

A simple eye test can identify the risk of Alzheimer’s