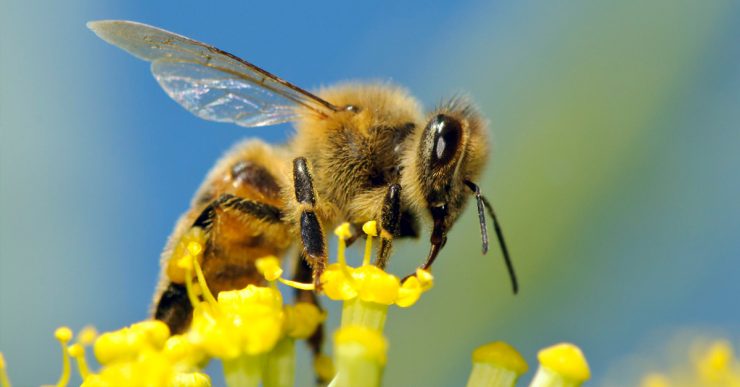 Scientists fear that interactions between multiple pesticides and herbicides can have a great impact on bee mortality than expected. Exposure to a cocktail of agrochemicals significantly increases bee mortality, according to Dr. Emily Bailes, from the University of Sheffield and joint lead author of the study, who said that regulators may underestimate the dangers of pesticides in combination. She believes that with stressors like pesticides and lack of food; it is not simply two plus two, and the combined effect can be more than the individual effects. This study looks at the interplay between agrochemicals, parasites, and poor nutrition.

She said in the paper published in Nature, “We found that when bees were exposed to multiple agrochemicals, like pesticides or herbicides, they acted in a way which caused more damage than would be expected from assessing each pesticide individually. This is important because when pesticides are tested for their environmental impact, they are usually tested as the only stress that bees are experiencing, rather than as one of the multiple stressors that bees experience in nature.”

Bees and other pollinators are crucial for crops and wild habitats and evidence of steep drops in insect populations worldwide has prompted fears of dire consequences for food security and natural ecosystems.

The world is already facing food insecurity and with the recent announcement of ‘Hunger Hotspots’ by UN’s World Food Programme, the problem is expected to worsen. The declining bee population will escalate the problem of food insecurity and would be a definite threat to the wild ecosystem around the globe. Though the stressors like agrochemicals, parasites, and nutrient deficiency have been recognized as a threat to the bee population, the studies investing the interaction between them have mixed conclusions to reach a definite result. This is the first systematic review to analyze the results of 90 studies and over 300 different estimates of interactions between these stressors for bee’s health.

The study concluded that risk assessments that cannot allow for this outcome “may underestimate the interactive effect of anthropogenic stressors on bee mortality”. Therefore, the author suggested that the regulatory process needs to be revised, as it currently doesn’t protect bees from the harmful consequences of complex agrochemical exposure. If nothing is done, the bee’s population will continue to decline and so will their pollination services, which can lead to an ecosystem collapse.