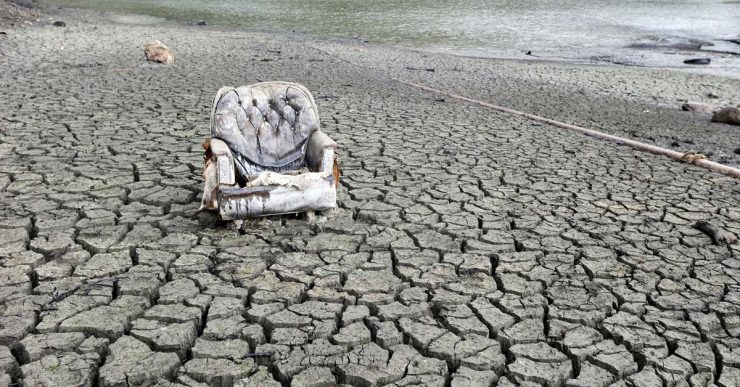 The United Nations Office for Disaster Risk Reduction (UNDRR) which is responsible for leading global disaster risk management, recently warned that drought is on of the list of ‘slow-onset disasters’ as it has affected more people than any other calamity. The escalating climate changes in the upcoming years in addition to drought could determine the course of human development in the future. The poor water management, rising global temperature, irregular patterns of rainfall, escalating poverty, and population are all contributing to the problem of droughts, making them worse and longer than ever before, and in no time,  it can turn into catastrophic drought pandemic.

To get a better look at what is causing the drought and how to correct it, the UN’s Special report on Drought 2021 has been released, which identifies the key spots with limited rainfall, and also suggested measures to cope up with it.

UN’s Secretary-General’s Special Representative for Disaster Risk Reduction said, “Drought is on the verge of becoming the next pandemic and there is no vaccine to cure it. Drought has directly affected 1.5 billion people so far this century and this number will grow dramatically unless the world gets better at managing this risk and understanding its root causes and taking action to stop them,” he pointed out that water stress will be prevalent for the next few years, due to the risking between supply and demand, as later outstrips the former during certain periods. It is well known that droughts have manifested over months, to years, and even for decades, with exacerbating effects on the social and economic system, stimulating inequalities, hitting the most vulnerable the hardest.

Ibrahim Thiaw, the Executive-secretary for the UN convention to combat Desertification said that “We must all act now to ensure that droughts do not set humanity back on its great endeavor to build a sustainable future.”

Many regions of the world are witnessing the redistributing of water, for example, shifting of Earth’s tropical Rain Belt, which could cause good insecurity for billions of living beings. Most of these climate changes are human-induced that have made the droughts not only frequent but also worse over time, particularly in the water scare regions of the world. The report suggests that the impact of global warming would be grimmer than before due to a 2°C rise in the global average temperatures. In over last 20 years, as much as 1.5 billion people globally have been affected by drought in one way or another and cost economics over $124 billion.

To resolve the problem, the UN’s report suggests that the first step should be empowering the people involved in agriculture. Those who need a healthy aquatic environment like hydroelectricity, fishing, tourism, transportation have a role to play in effective water management. There is a need of improving water awareness. The stance of politicians towards drought is more reactive than proactive, as it isn’t a problem at hand. But the UNDRR emphasized that actions in the policy development, review, and restructure should be made before the arrival of droughts otherwise it won’t be that effective.