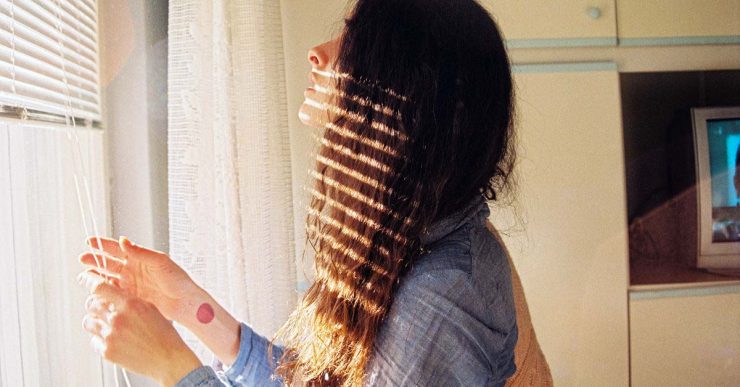 Are you afraid of the dark? It is all in your brain, not under the bed.

Fear is a response to darkness for people of different ages, and for years scientists know that the amygdala has a vital role in fear and anxiety. A group of scientists evaluated the effect of light on activity in the amygdala in healthy young adults and found that light acutely suppresses the activity in amygdala, enhancing fear-related emotions.

Light is modular of many functions in the brain including cognition and other brain responses. Lights enter the eyes via the retina and the then it affects several regions of the brain to modulate the responses, including emotions of fear and anxiety. Amygdala is a group of cells at the base of the brain, between the hemispheres. They form a part of the limbic system of the brain. They are two in number and relates to emotions, memory, responses to emotions. Similarly, the ventromedial prefrontal cortex (vmPFC) together with the amygdala has a role to play in fear-related response regulation.

Studies in the past have shown that light in humans, light exposure improves mood, which is opposite to that in nocturnal animals, where light enhances fear-related emotions. This serves as the foundation for light therapy. Light therapy is commonly used for treating depressions, seasonal affective disorders, etc. but the direct effects of light mood were unclear.

They concluded that there is a significant reduction in amygdala activity during light as compared with dark. Also, light enhances connectivity between the amygdala and vmPFC can, which together can regulate expressions of fear. The amygdala is involved in the acquisition and expression of fear-related conditioning, while the vmPFC is required for effective fear extinction, thus partnering into the fear circuit.

They suggested that “light exposure may facilitate fear extinction in humans via enhanced vmPFC-amygdala connectivity”. Because the passive response to light was also tested, supplementary to the behavioral and cognitive data to elaborate the role of light in fear-related in humans. They also found that the prevalence of human self-exposure to light at night in modern society can be motivated by the rewarding and mood-elevating effects of light.

This study proves that light is an effective therapeutic tool for mood-related problems like depression and anxiety. Thus dim-to-moderate light can enhance mood, and reduce fear-related emotions by suppressing the amygdala and improving amygdala-vmPFC connections.