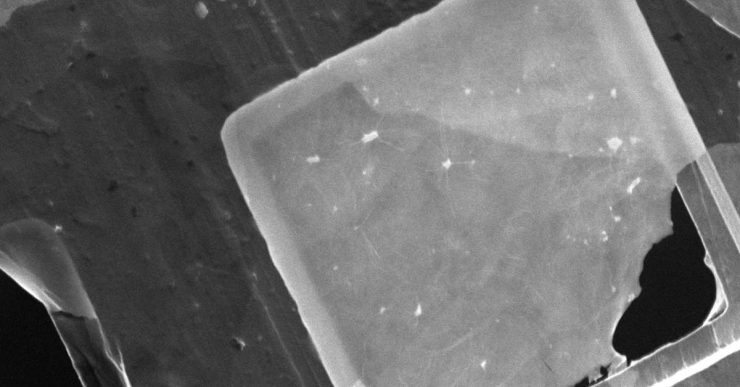 Graphene is an amazing material, that has many superlatives to its name. The thinnest material in the known universe so far, with the strongest strength ever measured, is the most thermal conductive substance with the ability to sustain current densities 6 times more in magnitude than copper. It is impermeable even to gas and still is most brittle and ductile. The last few years have seen significant development in graphene research as it has made its way from physics and chemistry lab to the industry in no time. Scientists have now found a way to turn graphene flakes into either superconductors or insulators by using electric voltage, giving one material two distinct properties side by side.

The use of nanotechnology has reformed devices in almost all walks of life. The nanostructure requires particular features for packing components into a small space yet maintain functionality, for which several materials have to be joined together that could make the fabrication and scaling difficult. A group of scientists at ETH Zurich directed by Klaus Ensslin and Thomas Ihn at the Laboratory for Solid State Physics has successfully composed a material that behaves alternately as an insulator and a superconductor or simultaneously by the application of only electric current, which is published at the scientific journal of Nature Nanotechnology.

These researchers have used simple graphene flakes, graphene being only a single layer of carbon atom in a 2D fashion. One one-layeron top of the other in a manner that the axes of the crystals are not parallel but instead at what they called ‘a magic angle’ that is precisely 1.06 degrees. While maintaining the temperature of the flakes they were oriented on top of each other at an accurate angle. They later called theseatomic crystal lattices of graphene flakes “Magic Angle Twisted Bilayer Graphene”, and the pattern they are created in was named as a moiré pattern.

When Ensslin and his co-workers additionally applied electric voltage to the magic angle graphene flakes by simply attaching additional electrodes and once they allowed the whole unit to cool down, something amazing happened; the graphene flakes behaved in 2 opposite ways, that is, either as a superconductor or as an insulator. They created Josephson junctions (in which 2 superconductors are separated by a wafer-thin insulating layer), where currents flow through the insulator via tunnel quantum instead of flowing between the superconductors.Thus, the conductivity of the contact changes with the characteristics of the current.

These twisted graphene flakes having a magic angel with Josephson junction inside can have a wide range of applicability from quantum computers to creating tiny magnetic fields. These flakes can be turned into topological insulators of magnets, that can be used to create quantum bits or qubits in a single device.