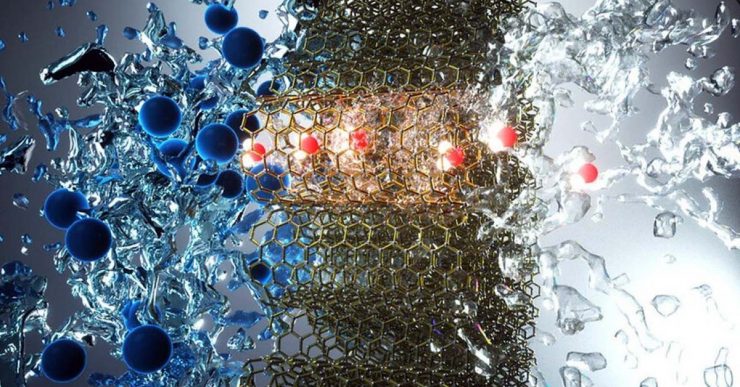 Scientists are one step closer to finding the simple yet efficient drug delivery carrier, having a wide range of therapeutic applications, from cancer to vaccine. There are many modes for drug administration ranging from sublingual to intravenous and many more, but scientists are still trying to enhance treatment efficacy by finding the drug delivery method that alleviates toxic effects of the drug, at improved pharmacokinetics. The lack of absolute solubility, toxic side effects, and quick degradation of the life-saving drugs inside the body is a major why researchers are trying to target drugs and vaccines directly to the affected cells.

The cell membrane, which is the outermost covering of human and animal cellsis made to protect the inner contents of the cell from the harm of outside. It also serves as a major barrier to the targeted delivery of the drug into the cell.

The researchers at Lawrence Livermore National Laboratory (LLNL) and the University of California Merced collaborated with the Max Planck Institute of Biophysics in Germany to come up with the solution for targeted cytoplasmic drug/vaccine delivery. They formed a nanomaterial platform (a dimer of small-diameter carbon nanotube porins (CNTPs). This dimer acts as a fusion agent with the membrane. These carbon nanotubes let the drug directly inside the cell from the liposomes through the plasma membrane by fusion of CNTPs with the cell membrane.

Liposomal delivery systems, that are currently being used depend upon the endosomal pathway for entry into the cell, which makes it inefficient and can degrade the drug in the process. So, cationic lipids (proven toxic) are used to enhance liposomal fusion with the required cell membrane and augment endosomal escape. This newly developed Liposomal delivery system however allows the encapsulated drug or vaccine to move through the bloodstream and then only dissolve with the targeted cell membrane.

A major requirement for this liposomal delivery system is the liposomal stability and ease of payload release into the cytosol of the target cell for which carbon nanotubes porins are used. Carbon nanotube porins when wrapped inside lipid membranes can start viral fusion peptide functionality there by functioning as a potent promoter of membrane fusion of cancer or targeted cells.

Series of experiments on cancerous cells and coarse-grained molecular dynamic simulations revealed that this drug delivery carrier consisting of ting diameter carbon nanotube porins has a wide range of therapeutic applications as it leads to absolute mixing of the membrane components and vesicle’s inner content. These CNTPs with liposomes can be used in the future with different types of carriers to increase efficient drugs and vaccines across the plasma membrane, to omit the need for the drug to enter the endocytotic pathway completely. This can cancel some of the negative effects or problems faced by conventional drug delivery methods. This could be the future of the best cancer treatment.