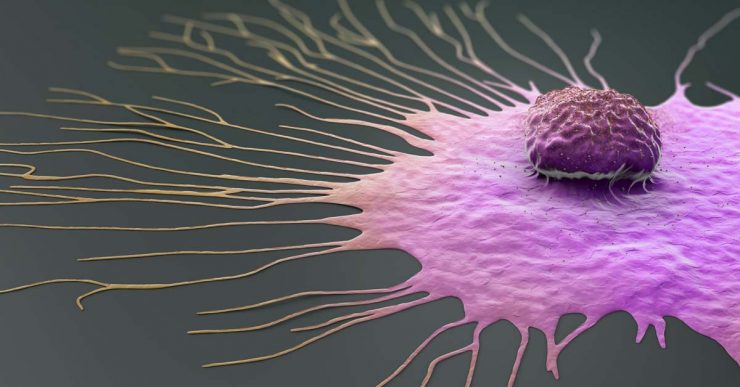 Alternative therapy has been around for ages, to treat different disorders and medicinal plants are one of those. Medicinal plants have been used for treating illnesses since the beginning of human civilization. The therapeutic potential of plants is due to their phytochemical components. Curcuma longa, also known as turmeric has been used as a coloring, flavoring, and preservative agent. Turmeric is commonly found and consumed in the South Asian region. Its root is used for seasoning, preserving, and coloring in food. A key constituent of turmeric, curcumin has been studied for its anti-cancerous properties and possesses the potential for the development of a new drug.

With 2.1 million new cases diagnosed annually, Breast cancer is the most common type of cancer in women and a leading cause of death in the female population globally. Breast cancer requires surgery, chemotherapy, and radiotherapy for its management, which makes cancer therapy an expensive process. Late diagnosis due to the financial burden of disease, drops its prognosis and causes high mortality.

Researchers are therefore trying to find a new treatment approach to cancer and Curcuminoids are one of those. Its anti-cancerous potential for breast cancer has been proven in vitro. Three major curcuminoids include curcumin (Cur), demethoxycurcumin (DMC), and bisdemethoxycurcumin (BDMC). Ronny Lesmana found that out of these 3 curcuminoids, curcumin has high efficacy against MCF-7 (breast cancer cell). Anti-cancer drugs are classified based on the mechanism of action into 3 different subgroups that are, anti-proliferative agents, carcinogen blocking agents, and antioxidants. Curcuminoids found in turmeric exhibit the characteristics of all the 3 subgroups.

The researcher and his team isolated the active compounds from turmeric and then tested them on the MCF-7 cell line of breast cancer. Later cell viability was assessed based on which it was found that all three types of curcuminoids have an antiproliferative effect on breast cancer cells but Cur was most effective in decreasing their proliferation. Their potential to arrest the propagation of cancer cells increases as their concentration or dose increases. Similarly, Cur, DMC, and BDMC can limit the cell viability of MCF-7. Curcuminoids cleave the cancer cells by apoptosis including several intrinsic and extrinsic pathways that add to their anticancer effectivity.

Some studies have shown how curcumin can be lethal for the cancerous cells of the colon, therefore in the future, experiments should be undertaken to explore the possibilities of its use for therapeutics particularly for the prevention and treatment of different types of cancers in humans. Future studies should be done to explore the markers included in the intrinsic and extrinsic pathways for apoptosis by curcuminoids on breast cancer cells.

Discovery of Nanobodies Against All Variants of Human Beta Coronavirus