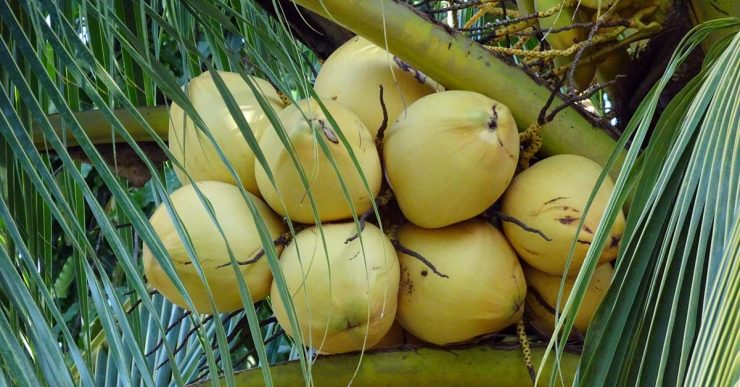 Cocos nucifera is a beneficial commodity and is generally known as coconut. Among all palms, it has been reported as extensively cultivated palm throughout the world1. Moreover, its commercial importance can’t be denied because of its nutritional benefits2. It is not only the source of food but also possesses several medicinal properties.

Regarding age of the coconut, the solid albumen differs in thickness and usually sweet. The fruit contain fluid which is usually known as coconut water4, which is rich in flavor and good for health as well.

It is believed that it has low toxicity along with presence of effective nutritional, medicinal as well as pharmaceutical applications. It is reported that coconut water and the endocarp are potential parts as they possess antioxidant activity3. Accordingly, different parts of coconut fruit have different industrial uses.

Extracts from different parts of this fruits have been utilized to cure diarrhea in Brazil5 and Ghana6. Furthermore, it has potential to treat stomach aches in New Guinea as well as prevent hair loss and renal ailments in Fiji7. Additionally, it is also reported to be used as an aphrodisiac by men in Mozambique8.

At the end of this experiment, it was noted that coconut is a potential source of the basic macromolecules including carbohydrates, lipids as well as proteins. Moreover, coconut was found to be a good source of energy and could play immunological, physiological, nutritional and pharmacological roles.

Many chemicals were also detected coconut which possesses significant industrial, medicinal, physiological and antibiotic characteristics. However, detailed investigation is needed to isolate the individual chemical components of coconut and analyze their biochemical effects.