Capacity of Silage and Hay to Conserve Ramie Biomass 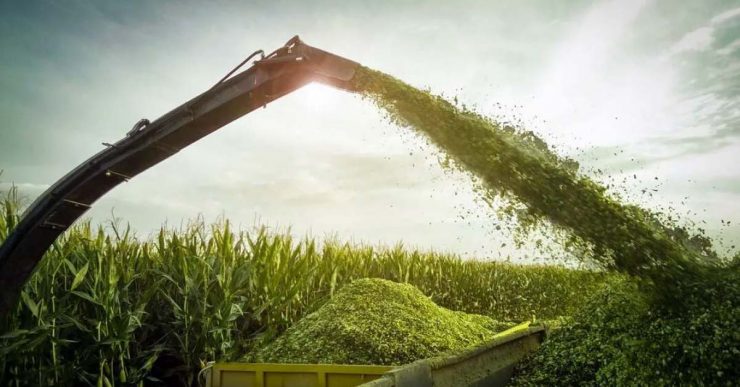 Goats are one of the most adaptable, productive and popular domesticated animals in the tropical islands, especially among local farmers. They provide numerous advantages for improving farmland quality; they thrive on various landscapes, have smaller hoof prints, are agile and excrete manure that can be used as fertilizer. Goats supply a family with nutritious food such as milk and meat.

Ramie fiber is known especially for its ability to hold shape, reduce wrinkling, and introduce a silky luster to the fabric appearance, is usually used as a blend with other fibers such as cotton, wool. It is somewhat similar to linen2. Ramie leaves are rich in protein, minerals, lysine and carotene contents but low in fiber.

The ramie biomass left after harvesting fiber for industrial use cannot be used in daily rations unless it is conserved. Hay and silage are the most frequent preservation techniques used for forage. These techniques conserve forage by preventing enzyme activities and provide microorganisms with a fertile environment through drying or acidification. The utilization of ramie hay to supplement natural grass-based rations has been successfully reported previously3.

Keeping in view the above mentioned context a new study was conducted in order to compare the ability of ramie leaves, in the form of silage or hay, as a substitute concentrate in Jawarandu goat rations, on feed and nutrient intakes as well as digestibility4. For this purpose, three levels of treatments were tested i.e. control ration (R1), ration with 10% ramie silage (2) and a ration with 10% ramie hay (R3).

The variation of feeds and nutrients offered in the experiment were due to the different body weights of the goats used. Since ramie leaves were harvested from late mature plants, it contained high fiber fractions, which led to more crude fiber offered in the ration containing ramie leaves. The low amount of dry matter and crude protein offered in R2 was partly due to loss of dry matter and crude protein during the ensiling process.

Comparatively the ash content was elevated in rations containing ramie leaves of treatments R2 and R3 which was caused by the high amount of ash in ramie leave. Elevated difference of feed and nutrient refusals were caused by the different amounts of feed offered. Comparing feed refusal to the feed offered, it was found that the rations containing ramie hay (R3) were as good as the control ration (R1).

From the observed results of study it can be concluded that 20% of conventional Jawarandu goat concentrate can be substituted with ramie hay leaves. The utilization of ramie leaf silage produced a lower intake, digestibility and predicted daily weight gain.