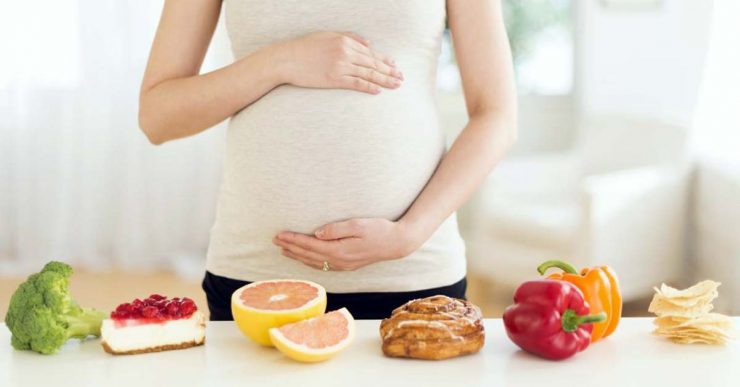 High prevalence of malnutrition in pregnant women can still be found in developing countries, like Indonesia. According to the Indonesian Ministry of Health of a large number pregnant women were at risk of suffering from Chronic Energy Deficiency (CED), with being anemic and deficient in iodine1. This situation necessitates for special attention; since nutrition plays an important role during pregnancy. Poor nutritional status during pregnancy can lead to preterm pregnancy, low birth weight and other adverse outcomes2.

The majority of subjects in the study were found to have inadequate Gestational Weight Gain. Furthermore, mean un-adapted and adapted AHEI-P scores in all Gestational Weight Gain categories were classified as needs improvement. The result was due to the majority of subjects being classified in the needs improvement category for their dietary quality distribution. Moreover, subjects who had inadequate GWGs had the lowest un-adapted and adapted AHEI-P scores.

The study implied that the dietary quality of pregnant women especially in rural area of Indonesia is still problematic and needs to be improved. Supports from government and other related sectors are needed to solve this matter. Finding of this study is still preliminary but it showed that adapted AHEI-P is applicable. It can be an alternative instrument to assess the dietary quality of pregnant women although further improvement and analysis needed. Present study has some limitations.

Second, the present study was conducted only in rural area, assessment on urban area is needed to justify whether the adapted instrument is also applicable to be used in both areas.

All subjects needed to improve the quality of their diet. Although there was no correlation between nutritional status and dietary quality via AHEI-P, more effort to raise awareness of the importance of dietary quality for pregnant women is needed. In addition, further analysis on how dietary quality affects pregnancy outcomes is also needed.