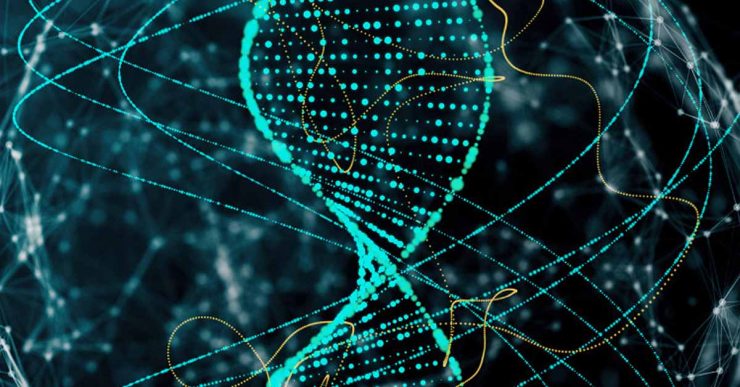 The human body is made up of billions of cells. In the case of cancer, the genome of several of these cells is changed pathologically so that the cells divide in an uncontrolled manner. The cause of virus infections is also found within the affected cells. During chemotherapy for example, drugs are used to try to destroy these cells. However, the therapy impacts the entire body, damaging healthy cells as well and resulting in side effects which are sometimes quite serious.

A team of researchers led by Prof. Oliver Lieleg, Professor of Biomechanics and a member of the TUM Munich School of BioEngineering, and Prof. Thomas Crouzier of the KTH has developed a transport system which releases the active agents of medications in affected cells only. “The drug carriers are accepted by all the cells,” Lieleg explains. “But only the diseased cells should be able to trigger the release of the active agent.”

The scientists have now shown that the mechanism functions in tumor model systems based on cell cultures. First they packaged the active ingredients. For this purpose, they used so-called mucins, the main ingredient of the mucus found for example on the mucus membranes of the mouth, stomach and intestines. Mucins consist of a protein background to which sugar molecules are docked. “Since mucins occur naturally in the body, opened mucin particles can later be broken down by the cells,” Lieleg says.

Another important part of the package also occurs naturally in the body: deoxyribonucleic acid (DNA), the carrier of our genetic information. The researchers synthetically created DNA structures with the properties they desired and chemically bonded these structures to the mucins. If glycerol is now added to the solution containing the mucin DNA molecules and the active ingredient, the solubility of the mucins decreases, they fold up and enclose the active agent. The DNA strands bond to one another and thus stabilize the structure so that the mucins can no longer unfold themselves.

The lock to the key

The DNA-stabilized particles can only be opened by the right “key” in order to once again release the encapsulated active agent molecules. Here the researchers use what are called microRNA molecules. RNA or ribonucleic acid has a structure very similar to that of DNA and plays a major role in the body’s synthesis of proteins; it can also regulate other cell processes.

“Cancer cells contain microRNA strands whose structure we know precisely,” explains Ceren Kimna, lead author of the study. “In order to use them as keys, we modified the lock accordingly by meticulously designing the synthetic DNA strands which stabilize our medication carrier particles.” The DNA strands are structured in such a way that the microRNA can bind to them and as a result break down the existing bonds which are stabilizing the structure. The synthetic DNA strands in the particles can also be adapted to microRNA structures which occur with other diseases such as diabetes or hepatitis.

The clinical application of the new mechanism has not yet been tested; additional laboratory investigations with more complex tumor model systems are necessary first. The researchers also plan to investigate further modifying this mechanism to release active agents in order to improve existing cancer therapies.