Public Toilets – A Hotbed For COVID-19 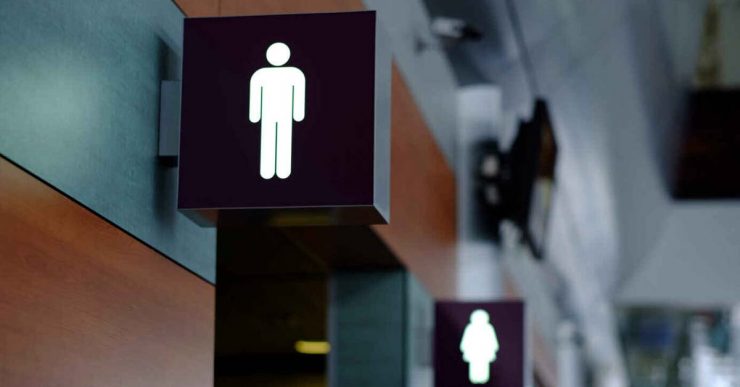 COVID-19 is a type of droplet infection where the respiratory droplet is the predominant portal for infection transmission, but alternative routes can exist, proven by the identification of the virus in urine and stool samples, which can be worrisome for public toilet users. Public restrooms have heavy foot traffic and often inadequate ventilation. A study published in the journal Physics of Fluids, by a team of researchers in Florida Atlantic University investigated the aerosol generation in public restrooms under normal ventilatory conditions via particle counter from varied heights of toilet and urinal to record size and number of droplets produced during flushing.

During the study 3 different scenarios were considered: flushing toiled, flushing covered toiled, and flushing the urinal. The cardinal factors investigated were: rise in aerosol concentration, the behavior of droplets on the basis of sizes, maximum altitude attained by droplets, the influence of covering the toiled, and lastly pre and post-ambient aerosol levels in the restroom. During the sampling (300-second), urinal and toilet were manually flushed at 5 different durations (30-, 90-. 150-, 270-, and 270- second mark), the flush hand was held down for 5 successive seconds, the bathrooms were cleaned thoroughly and closed for use 24 hours before experimenting, it is important to note that the ventilation system was functioning normally, with the temperature of 21°C

The results of 100+ flushes involved in the testing showed that aerosol levels rise to tens of thousands, considerably huge quantities of droplets smaller than 3μm were produced by toilet and urinal alike which signifies that there is a significant risk of transmission of infections diseases (caused by microorganisms), as the smaller size of droplets makes it easy for the droplets to remain suspended in the air for a longer duration. Once the flushing initiated the droplet could easily attain the height of 5 feet for 20 seconds or longer, compared to which there were fewer numbers droplets in the air when the lid of toiled was closed during flushing, still, some droplets aerosolized and escaped from the small gaps from between the cover and seat.

If the ventilation system of the restroom is inadequate there could be a risk of aerosols accumulation over time, which in long term could rise by the movement of people or updrafts of the ventilatory system. Ironically large aerosols pose a hazard in inadequately ventilated areas as they undergo fast evaporation in the ambient environment thus decreasing in size and mass eventually forming droplet nuclei, which lets the microorganism remains suspended in the air for a longer duration. This aerosol accumulation can be prevented in areas of high occupancy like public restrooms by incorporation of adequate ventilation, which can be efficiently done by simply redirecting airflow based on the restroom’s layout, suggested ManharDhanak, a co-author.

Aerosolized droplets have a well-established role in infectious disease transmission, and since COVID-19 is of the same category it could be spread through air droplets too. Further evidence is needed to support the risk of infection spread in poorly ventilated areas.